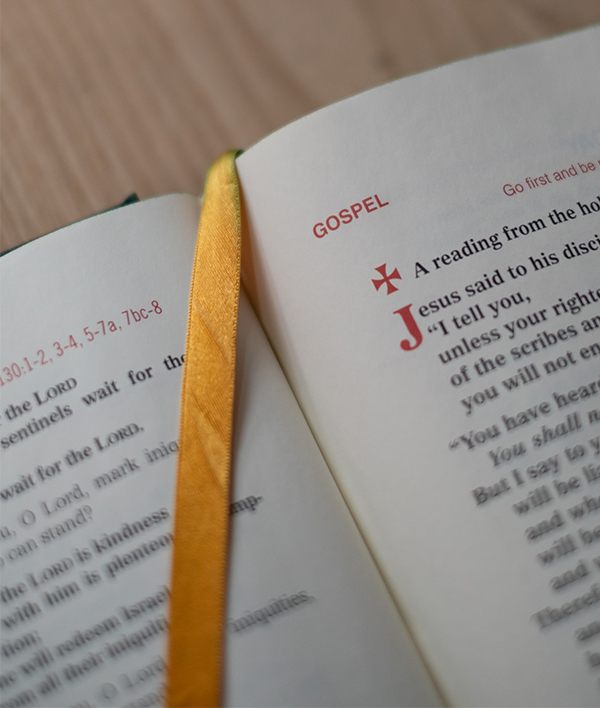 In one of Marty Sampson’s latest Instagram posts, last Tuesday, he continued to give reasons for his crisis of faith. One of those involved a quote from agnostic historian Bart Ehrman, who casts doubt upon the portrayal of Jesus in John’s Gospel. It is worth quoting Ehrman in full:

“In Mark’s Gospel, Jesus is not interested in teaching about himself. But when you read John’s Gospel, that’s virtually the only thing Jesus talks about – who he is, what his identity ais, where he came from. This is completely unlike anything that you find in Mark or in Matthew and Luke. And historically it creates all sorts of problems, because if the historical Jesus actually went around saying that he was God, it’s very hard to believe that Matthew, Mark and Luke left out that part – you know, as if that part wasn’t important to mention. But in fact, they don’t mention it. And so this view of the divinity of Jesus on his own lips is found only in our latest Gospel, the Gospel of John.”

Bart Ehrman points to this supposed disconnect between John’s later Gospel (around 85-95 AD) and the three earlier synoptic Gospels (40-60 AD) as “evidence” that the narrative of Jesus’ divinity was a later fabrication. Marty Sampson has seized upon this as further justification for his failing faith.

As a biblical scholar, I can’t allow Ehrman’s flawed claim to go unchallenged. So, here is a brief response.

Firstly, it is completely untruethat the three synoptic Gospels contain no reference to Jesus’ divinity. For starters, ALL FOUR Gospels record the fact that Jesus was crucified for blasphemy – claiming to be God. The three synoptic Gospels, in particular, describe Jesus’ trial before the Sanhedrin where he admits his divinity and is charged with blasphemy. For example, in Matthew 26:63-66, the high priest asks Jesus if he claims to be the Son of God, to which Jesus replies, “It is as you say. And I say to you, from now on you will see the Son of Man sitting at the right hand of the Mighty One, and coming on the clouds of heaven.”The response to this extraordinary claim was that the high priest tore his clothes (a symbolic declaration of blasphemy), saying “He has spoken blasphemy!”. The whole Sanhedrin then erupts and passes sentence on Jesus, calling for his death. Let us be very clear at this point: All four Gospels portray Jesus as being crucified BECAUSE HE CLAIMED TO BE GOD!

Furthermore, the synoptic Gospels also make regular reference to the divine title of Jesus as “Son of God” (eg. Mark 1:1; 15:39) Hasn’t Ehrman read these accounts? Of course he has! But he is deliberately ignoring them in order to obfuscate the issue and bolster his atheistic argument. (See also Mark 14:53-65 and Luke 22:55-62). The divinity of Jesus is not a later addition to the Jesus narrative by John – it is clearly present in all four Gospels!

Secondly, John certainly doesrecord many words and actions by Jesus that are not recorded in the synoptic Gospels, and this is what makes John’s Gospel so important and valuable. In fact, it goes to the very heart of why John actually bothered to write his Gospel. By the time John wrote his Gospel (in fact he dictated it, because by then he was almost totally blind), the other three Gospels had been in circulation for about 30 years. John was now an old man and was the last surviving Apostle. He was the preaching elder at the church in Ephesus and was highly regarded by the whole Christian community. As he neared his death, he decided (probably at the urging of the church) to record his recollections of Jesus, so that they would not be lost. John was very familiar with the existing synoptic Gospels (from the Greek word “synopsis” – σύνὄψις – referring to the fact that Matthew, Mark and Luke have a single, unified viewpoint). John decided there was no point in replicating what these Gospels had already faithfully recorded. Instead, he chose to “fill in the gaps” – to record events and discourses that had not been included in the synoptic Gospels. Thus, all but two miracles recorded in John’s Gospel are unique to that Gospel (the two exceptions being the feeding of the five thousand and walking on water). Most of Jesus’ discourses recorded by John are unique to that Gospel. In fact, of the 879 verse in John’s Gospel, only 157 record events or discourses that are replicated in another Gospel. In other words, 82% of John’s Gospel is unique to that Gospel.

John did this deliberately. As helpful as the other Gospels are, they only scratched the surface of all that Jesus said and did. In fact, none of the four Gospels can claim to be a detailed biography of the life of Jesus, because they are all so brief. They only record a tiny percentage of the ministry of Jesus. Grab a Bible and see for yourself how short any of the Gospel are. Choose a Gospel and hold it’s pages between your thumb and finger. In my Bible, the longest Gospel, Matthew, is just 31 pages. I could read it aloud in less than an hour. Yet Jesus ministered and healed and preached for three whole years; not just one hour. The four Gospels in the Bible simply recorded the briefest of highlights, and even by putting all four together, they probably represent less than one percent of all that Jesus said and did. This is why, at the end of his Gospel, John writes (or dictates!), “Jesus did many other things as well. If every one of them were written down, I suppose that even the whole world would not have room for the books that would be written.” (John 21:25).

If we excuse John for his hyperbole, he is making an important point. The four Gospels don’t even come close to being exhaustive biographies. Thus, we should not be surprised that each of the Gospel writers chooses, at times, to record different highlights of Jesus life. John, in particular, has deliberately set out to avoid repetition. And on those few occasions when he has recorded events that the other Gospel writers have previously recorded, he provides additionaldetails to enhance our understanding. He is filling in the gaps – and that is why John’s Gospel is so important and valuable.

Thirdly and finally, it is also significant that John appears to have been particularly favoured by Jesus, making his faith in Jesus’ divinity all the more striking. The Gospels seem to indicate that Jesus and John were particularly close, with John being described as “the disciple whom Jesus loved” (Jn 13:23). John probably knew Jesus better than anyone else on earth. If anyone was in a position to evaluate Jesus’ claims of divinity it was John, the closest of the disciples who had lived alongside Jesus almost constantly for three years. Close proximity to our heroes tends to rapidly dethrone them in our eyes, quickly revealing their faults. You probably only need to spend 5 minutes in my presence to work out that I am not the divine messiah! Yet John, after living and working alongside Jesus for three whole years, has reached the astonishing conclusion that Jesus is who he says he is – God the Son and the Saviour of mankind. And as John nears the end of his life and writes his Gospel, he focuses very particularly and deliberately on the words and actions of Jesus that confront us with his divinity.

Bart Ehrman’s assertion that the uniqueness of much of the content of John’s Gospel is grounds for its dismissal due to it being unreliable or even fabricated is, quite simply, ignorant and naive in the extreme. Sadly, however, when uninformed people like Marty Sampson read this kind of accusation, they are convinced by the apparent historical nature of the argument, and have their faith shaken. This is why I am such a strong advocate for deeper teaching in Christian churches, that goes beyond the basics – teaching that provides a solid apologetic for the veracity and reliability of the scriptures, as well as confronting many of the hard questions and objections raised by sceptics and atheists. If the church doesn’t deal with these issues and equip the saints with reasoned, intelligent answers, we should not be surprised that some Christians get the “faith wobbles”, and even lose their faith completely, when they are confronted with an intelligent atheist.

For more information, including reasoned answers to the 12 most commonly raised objections against Christianity, see my book, “Finding God When He Seems To Be Hiding”, available from all good book retailers as well as from my website, SmartFaith.net.