Where Are The Bold, Authoritative Preachers Today?
Shane Idleman 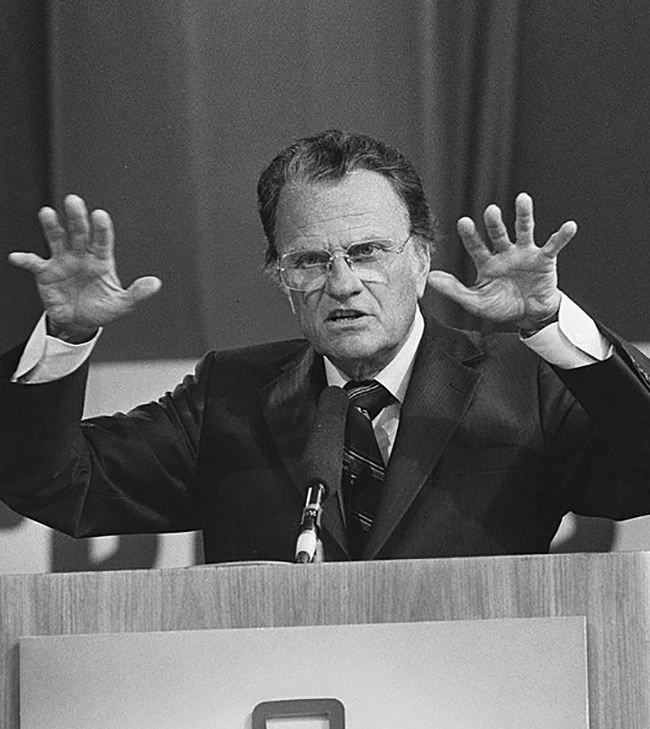 A friend recently asked, “Where are those with uncompromising power and God-given authority in our pulpits today?” His statement reminded me of the desperate need for passionate, spirit-filled preachers focused on pleasing God rather than man. Our culture’s false perception of God as a cosmic ball of love, or a doting grandfather desperately needs to be challenged.

Unfortunately, difficult truths are often compromised, watered-down, or avoided altogether in the hope of “not offending,” “securing an audience,” or building a “mega-ministry.” As a result, the church is a mile wide but only an inch deep; judgment is never mentioned, repentance is never sought, sin is often excused, and lives are not radically changed. This leaves people confused and deceived because they believe in a cross-less Christianity that bears no resemblance to Jesus’ sobering call to repentance–to convince the world of the truth of Christianity, it must first be convinced of sin.

“Christ Jesus came into the world to save sinners” (I Timothy 1:15); yet, weren’t not suppose to mention sin, repentance, holiness, or judgment? The good news about Christ can only be appreciated with the bad news as the backdrop. Preaching, witnessing, teaching, and so on must be done with God-given authority to truly be effective. Many today are tickling the ears but not converting the hearts. When we fail to proclaim God’s word faithfully, we run the risk of “encouraging sin” and “perverting the words of the living God.” (Refer to Jeremiah 23 for a modern day wake-up call.)

I love books about revivals written by those who actually experienced them. Ironically, all testify to that fact that we must declare the totality of God’s word if we are to experience true revival. Without God-given authority and power from on high, words are lifeless. There is nothing to fear when preaching the truth; God ordained it and He blesses it. He desires that all men come to
the knowledge of the truth (I Timothy 2:4).

When God gives men authority to passionately and lovingly proclaim His word, souls are converted, lives are changed, and families are restored. Sadly, this is lacking in our day. Think about it: Where are the Isaiahs and Jeremiahs calling nations to repentance today? Where are the Peters and Pauls who spoke with such authority that martyrdom did not silence them? Where are the Tyndales and Huss’ who were burned at the stake for simply declaring the truth? Where are the Luthers who said, “Here I stand; I can do no other,” when he was asked to recant or face possible execution? Where are the John Calvins who shaped the religious thoughts of our Western culture? Where are the John Knoxs who cried, “Give me Scotland for the cause of Christ or shall I die”? Where are the Whitefields who shook continents? Where are the Howell Harris’, Daniel Rowlands’, and Howell Davies’ who preached with such passion during the Welsh revivals of the 18th century that we still honor them today?

I say again, “Where are they?” Where are the John Wesleys who said, “Give me one hundred preachers who fear nothing but sin and desire nothing but God, and we will shake the gates of hell?” Where are the David Brainerds who spent so much time in prayer in the 1700s that even the great Jonathan Edwards was convicted to pray more? Where are the Robert Murray McCheynes who, even though he died at age twenty-nine, was one of Scotland’s most anointed preachers—causing people to weep before even preaching a word? Where are the Spurgeons who spoke with such authority that his sermons are read more today than ever before? Where are the D.L. Moodys who brought America to her knees in the 1800s? Where are the Richard Baxters who said with such humility, “I speak as a dying man to dying men”?

I say again, “Where are they?” Where are the men with uncompromising power and God-given authority today? Granted, there are some, and I so appreciate their ministry, but as a whole, we are losing ground. The one thing that all of the great men previously mentioned had is the one thing that many are lacking—boldness. They were men filled with God’s Spirit; men of prayer. “Preaching, in one sense, merely discharges the firearm that God has loaded in the silent place” (Calvin Miller). Those who do the most for God are always people of prayer, humility, and boldness. I say again, “Where are they?”

Shane Idleman is the founder and lead pastor of Westside Chrisitan Fellowship in Southern California. More can be found at ShaneIdleman.com, and free downloads of his books are available at WCFAV.org. Visit him on Facebook https://www.facebook.com/confusedchurch/ and subscribe to his new podcast.