Where is God in Australia’s Bushfire Crisis?
Rob Buckingham 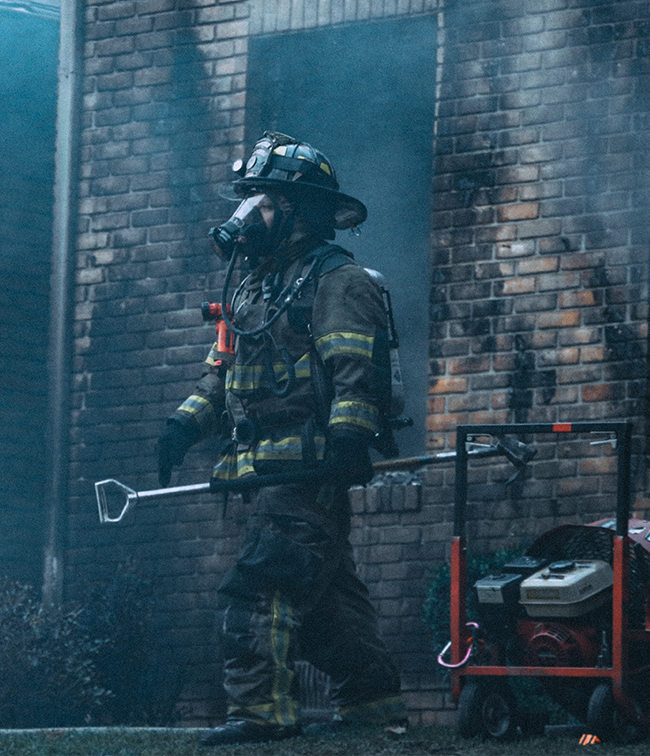 Someone asked me a few days ago, “Where is God in the midst of all the suffering from the bushfires currently ravaging Australia?” It’s a good question and reflects the most frequently asked question about the Christian faith, which goes something like this: “If God is real, why do we see so much suffering and evil in the world?” I mean, if God is really that powerful, really sovereign, really in control, then why doesn’t He do something about the pain and suffering of people? There are several things to be said in answer to this question.

Firstly, it needs to be realised that people cause the vast majority of suffering on planet Earth. We have the free will to make choices. Some people choose well, others don’t. The poor decisions some people make invariably impact others, causing pain and suffering. So far this bushfire season, over 180 people have been arrested for arson with about 50% of bushfires deliberately started.

In past studies, criminologists have estimated that 85% of wildfires are caused by humans, with the remaining 15% of fires usually the result of lightning strikes. Human causes of bushfires include arson, along with non-malicious activities. Negligent behaviour of leaving a campfire smouldering, dropped cigarettes and matches, arcing from overhead powerlines, accidental ignition in the course of agricultural clearing, grinding and welding activities, sparks from machinery, and controlled burn escapes are all causes of bushfires.

Climate change is also a contributing factor. Australia’s climate has warmed by more than one degree Celsius over the past century, causing an increase in the frequency and intensity of heatwaves and droughts which dry out the undergrowth and create conditions that increase the risk of bushfires. In turn, the bushfires release a massive amount of carbon dioxide, which raise Australia’s contribution to global greenhouse gas emissions, exacerbating the problems associated with global warming.

At the beginning of time, God gave the responsibility of governing and controlling creation to human beings (Genesis 1:28). So, are we doing a good job? Sometimes “yes” and sometimes “no.”

Bono writes, “Extreme poverty has been cut in half in the last 20 years, and the facts show that we can get it to virtually zero within a generation – but only if we act.” That’s right, good people taking charge can end poverty in the next few decades. So instead of blaming God for suffering, we can all make this world a better place.

The same can be said about other significant issues of caring for the Earth and its people. Reducing pollution, caring for the environment, conservation, praying, and work for peace and justice amongst people and nations, economic justice and equality between rich and poor, male and female; racial equality for people of marginalised races; protection for refugees and asylum seekers and so on.

These are not merely political issues; they are significant matters that should concern all of us who pray for God’s kingdom to come, his will to be done on Earth as it is in heaven.

But this still doesn’t account for the suffering that is NOT caused by people. What about natural disasters such as earthquakes, floods, volcanoes, tsunamis, avalanches, extreme weather events, and 15% of bushfires that are not the fault of humans. While I don’t pretend to have all the answers to these complex scientific occurrences, it should be noted that the very things we enjoy on this planet can also harm us.

I love the trees. I appreciate their colour against a blue sky; I love their shade on warm days, and I breathe the oxygen they create. Trees play a role in the formation of rain and wind. Strong winds can cause large tree limbs to break. Sometimes these fall on people and cause injury and death.

Earthquakes are caused when tectonic plates move. If the Earth were solid, rather than being made up of plates that move, life, as we know it could never have survived. Earthquakes and volcanoes have been responsible for creating countries (such as Japan) and the stunning mountain ranges we enjoy. People can ski on many of these mountains. Sometimes avalanches happen, causing injury and death. Some people love climbing mountains. Occasionally they die trying.

Volcanoes occur when magma erupts through a weakness in the Earth’s crust (invariably as a result of an earthquake). Eruptions wouldn’t happen if the Earth were colder. But if this were the case, the cooling would remove the magnetic shield around Earth that protects the planet from cosmic radiation. The result would be out of control global warming, an increase in cancer-causing solar rays, and extensive solar winds that would dry out rivers, lakes, and seas. There goes your fishing, boating and surfing.

Floods cause havoc. They destroy homes, livestock, and people’s lives. They also create an explosion of new plant and animal life. Floods rejuvenate river systems, fill dams, soak agricultural land to prepare it for bumper crops, recharge groundwater systems, fill wetlands, and increase fish production because of nutrients supplied by the land during flooding. The gravity that keeps us on the planet also enables fatal falls; the fire that warms also burns; the water in which we swim can even drown.

Bushfires, as devastating as they are to human and animal life, are also necessary for the rejuvenation of vegetation. In fact, some plants actually need heat and smoke to release their seeds.

So, where is God in the bushfire’s crisis? God is actually right in the midst of suffering, hurting people. There’s a video doing the rounds on social media at present highlighting people who are praying. One lady said, “I don’t pray to the Lord very often but yesterday I never prayed so hard in all my life.” A guy said, “The sirens started up and at that point I was praying – and I was an atheist for 25 years.” Where was God? Right there!

Tragedies happen, and the suffering of people should never be downplayed. During this current crisis, we have an incredible opportunity to come together, to help one another, to be our best selves. Now is not the time for criticism and protests. We’ll have plenty of time to review what could have and should have been done once this crisis is over. Right now, let’s help those in need.

If you’d like to help, you can give a Tax-Deductible donation to the Bayside Foundation. Please specify your gift for “Bushfire Relief”.