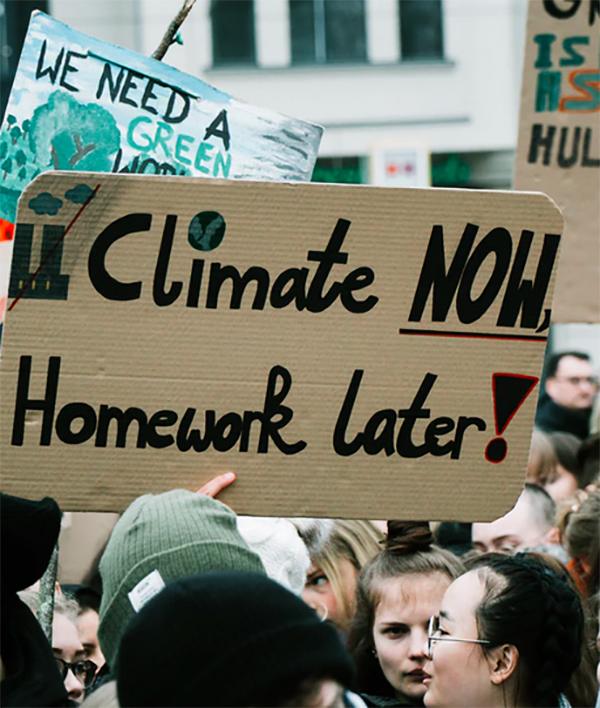 One of the major problems I see in the world today is the politicising of the issues that face us. Even Christian people get caught in this trap. Let me give you four examples:

When you read those words, it’s quite likely that you perceived them through your political worldview. For example, when you see the words, “climate change,” some of you went “right,” and others leaned “left” in your thinking. If you tend “right” politically you may see other issues as much more important than climate change – or maybe you think it’s a big con and not a real issue at all. If you are more left or “green” politically, you will see climate change as a major issue and maybe even “the great moral challenge of our generation” to quote former Prime Minister, Kevin Rudd.

It’s the same with other issues. On asylum seekers, some will go “right” while others will lean “left” and so on. But for followers of Jesus a higher ethos comes into play because “our citizenship is in heaven” and, on earth, we are ambassadors of Christ who are to represent our eternal homeland in the here and now. That’s why Jesus encouraged His followers (in The Lord’s Prayer) to pray, “Your kingdom come, your will be done, on earth as it is in heaven” (Matt 6:10). The focus of the entire Lord’s Prayer is what happens on earth. Jesus taught His people to pray for God’s kingdom to come and for His will to be done, on earth. God cares for His creation and He wants His people to care for it too.

The aforementioned is the filter Jesus’ followers are to use when considering their response and actions to life’s big issues. Rather than making our reaction a political one, we are called to think with a heavenly mindset. Take climate change as an example. Instead of making this a political issue that leans to the right or left, why not make it a Biblical issue that reflects our care of God’s creation? Let me ask you a question, “Do you think it is a worthy goal for humans to pump less pollution into the atmosphere?” Whatever your political persuasion I’m sure you answered “yes”. If God has given humanity dominion (rule; control) of the Earth (Genesis 1:28) then surely a Christian would take that responsibility seriously and do all they can to care for the planet God has given us?

Conservation then, is no longer the domain of the Greens but rather the responsibility of everyone. The ethical use and protection of valuable resources, such as trees, minerals, wildlife and water, protecting their sources, and recycling, is something I do because I take God’s gift seriously, not because I vote for a particular political party.

Some of my early teaching as a Christian was dominated by a certain view of the “end times” that taught Jesus was returning at any moment, the world would end, and God would make a new one – so it wasn’t worth looking after this one. Imagine if we used this logic in our daily lives? One day I’m going to buy a new car and so I might as well trash the second-hand one I currently drive! I have an old house now, but one day I want a new one, so I think I’ll light a fire on the kitchen floor and cook on it! That sounds ridiculous – and it is – but this is how some Christians act toward the Earth of which God has given us care.

Praying “your will be done, on earth as it is in heaven” means that Christians will pray and work for peace and justice among all peoples and nations. We strive for economic justice and equality between rich and poor, male and female; racial equality for people of marginalised communities; and protection for refugees and asylum seekers (and yes, I want secure borders, but that doesn’t give us the right to mistreat some of the world’s most vulnerable people).

These are not merely political issues that don’t affect my faith and me. They are significant matters that should concern all of us who pray for God’s kingdom to come and His will to be done on earth as it is in heaven.

Jesus taught his followers to live this way day-to-day. In His Sermon on the Mount Jesus said, “Let your light shine before others, that they may see your good deeds and glorify your Father in heaven” (Matt 5:16). Jesus’ people are the salt of the earth and the light of the world. Treating this world, and the people in it, with kindness, justice, love, mercy, and goodness reflects God’s nature and becomes a powerful force that attracts others to Him. That’s the way He calls His people to live.